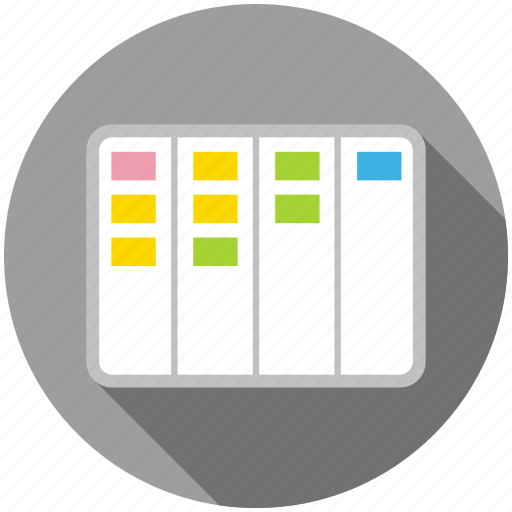 Do you think Kanban might be right for you? Are there some facts about Kanban and scrum that you would like to know? Read this post to help you decide whether Scrum, Kanban, or Scrum with Kanban is right for your situation.

Evidence: it is true that “Scrum (is) being adopted in many domains holding essentially complex work” according to the scrum guide. However, this is not the only reason to practice Scrum. Scrum is a framework based on agile principles such as self-managing teams and empiricism.

Kanban is “a strategy for optimizing the flow of value through a process that uses a visual, work-in-
progress limited pull system” according to the Kanban guide for Scrum teams. The regulation of flow is a major component of the Kanban strategy. The complexity of the work is not a factor for implementing Kanban.

Evidence: it is true that the guiding principles in scrum has events specifically designed for teams to continuously improve the process. They can do this by visualizing their work. Kanban also has a principle of visualizing the workflow. However, another driving principle of Kanban is “Inspecting and adapting the team’s Definition of Workflow”. So on the surface it might appear that the team is working in silos. However, a team is also continuously improving their process and making changes to the workflow as needed. So both Kanban and scrum can be seen as evolutionary.

Myth #3: Pure Kanban can answer the question “when will it be done?” with reasonable accuracy

Evidence: This classic forecasting question is an essential metric tracked in Kanban. It is known as a Service Level Expectation (SLE). According to the Kanban guide for Scrum teams, “The SLE should be based on the Scrum Team’s historical Cycle Time, and once calculated, the Scrum Team should make it transparent.” Typically, this history is based on the cycle time of 85% of the team’s completed items. So a typical SLE is based on this 85% probability.

Myth #4: Teams practicing Kanban can get more done by limiting the work in progress

Evidence: The Kanban strategy is largely based on Little’s Law. Little’s Law reveals that in general, for a given process with a given throughput, the more things that you work on at any given time (on average), the longer it is going to take to finish those things (on average). The converse also holds true. Limiting your work in progress will reduce average cycle time.

Evidence: Active management of work items in progress is also a guiding principle in Kanban. The flow of work should not be constricted, but it also should not be an “on demand” or “push” system.

Limiting the work in progress creates a pull system. Creating a pull system is a lean principle that contributes to lean thinking and should be adjusted accordingly to every situation.

Myth #6: Teams do not need to craft a sprint goal when practicing scrum and Kanban together

Evidence: The scrum framework is still completely used when practicing scrum with Kanban together. No part of the scrum framework changes. The Sprint goal becomes more essential when creating a forecast in Sprint planning using Kanban metrics. Teams that do not use a Sprint goal are introducing risk by limiting the focus of the increment being created. Not having a Sprint goal also limits the feedback that is received in the Sprint review.

Myth #7: Scrum relies heavily on work item estimates and Kanban does not

Evidence: Work item estimation is not part of Kanban or the scrum guide. However, work items should be broken down so that enough understanding emerges for the be completed. Work items are then pulled into the system as work in progress limits (WIP limits) allow and when the team has enough information to start work.

Evidence: Yes, a driving aspect of Kanban is to have a more predictable process through, for example, visualization of workflow.

Myth #9: Scrum does not drive toward predictable processes

Evidence: Scrum is based on empirical process control, which contributes to a more predictable process.

Scrum and Kanban used together are designed to manage flow through empiricism. Key to empirical process control is the frequency of the transparency, inspection, and adaptation cycle – which we can also describe as the Cycle Time through the feedback loop.

Still confused? Perhaps reading the Scrum Guide or the Kanban Guide for Scrum Teams will help.

Advice on Cancelling the Daily Scrum on Sprint Planning Day

Agile Coaching Through a Beginner’s Eyes

Getting Started Visualizing Your Workflow in 8 simple steps