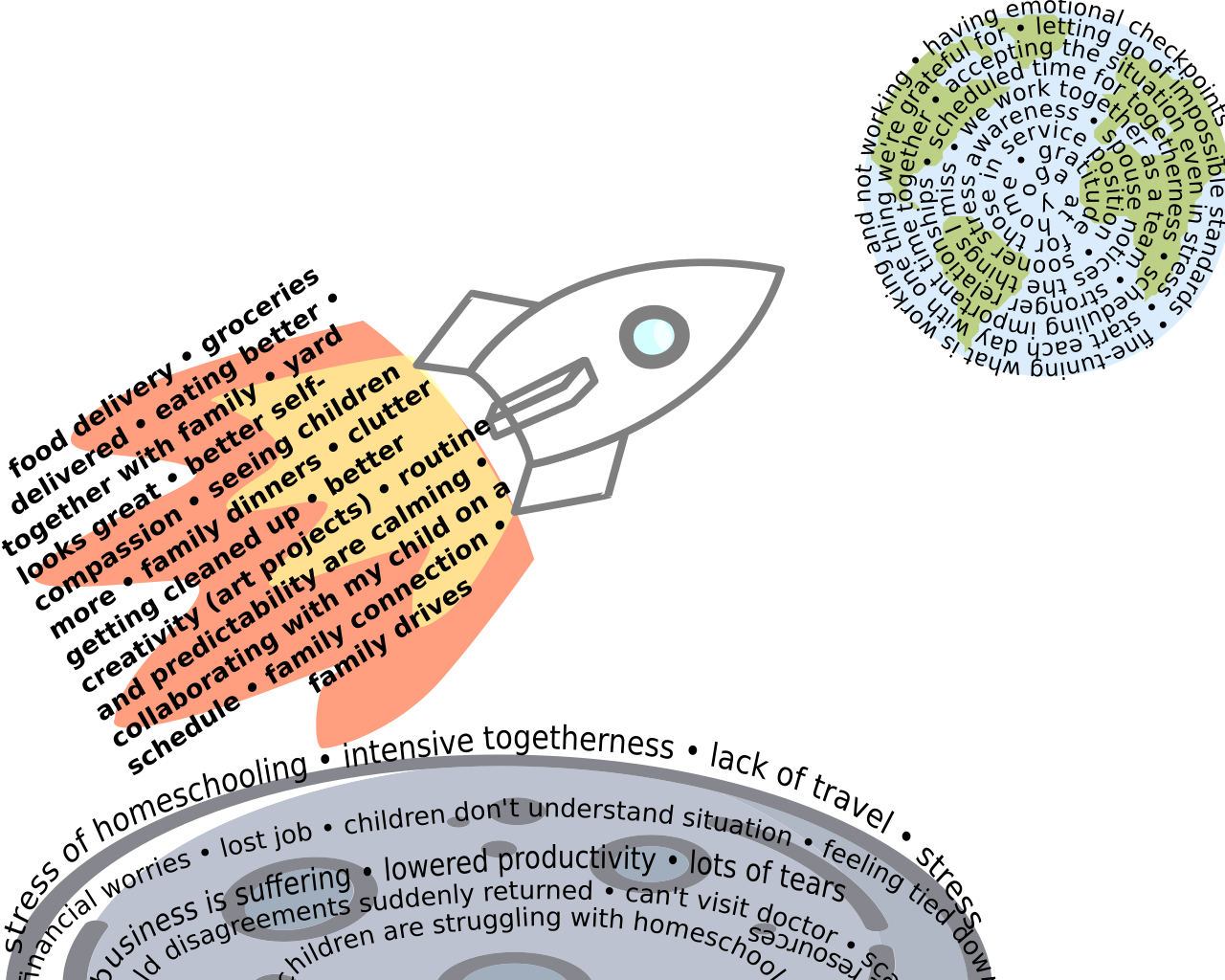 An example of a rocket retrospective outcome

Students have been asking me about the rocket retrospective, and they asked me to make a blog post on it, so here it is. the idea actually came from a friend in the Columbus community that I started using at a large corporation. Here are the details to facilitate your own rocket retrospective.

How to create the drawing from the team’s feedback

Start with SVG picture at the top of this post. I used a tool called Inkscape to create the SVG, and also the text from the feedback from the team. You can use various techniques to make the flow of the text go along certain paths. Here is a link to a video that helped me out a great deal. You will produce an outcome like the picture on the right. Good luck in running your own rocket retrospective!

Establishing a “Common Language” on a Scrum Team

Agile Capacity Planning: How the Large Columbus Companies Do It