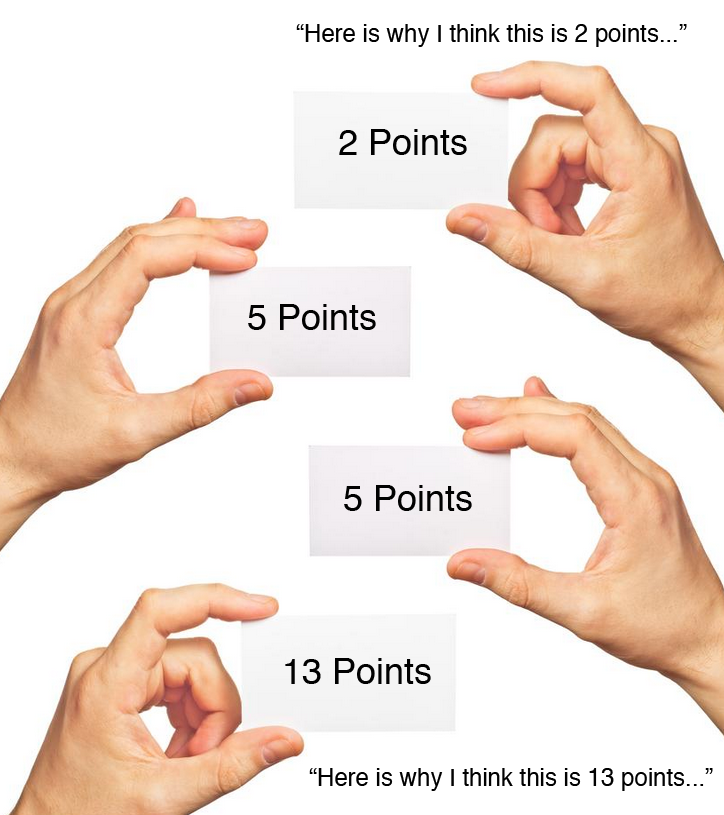 I was recently interviewing with a solution architect. His self-proclaimed role was to consume requirements from business partners, measure those requirements with current software implementations, suggest high-level solutions to agile teams and also give product owners a high-level cost estimate for new projects. He was not a member of a specific agile team, but considered himself a technical mentor for those implementing the architecture correctly.

Already, alarms are going off in my head, because I could not believe that this is an actual agile implementation.

​His question to me concerned teams not being consistent with their estimating. He said that a “current problem” that he is seeing is that teams were over-

estimating their efforts, that is, when the

team consumed the requirements, considered the architecture, and provided an estimate, he was seeing that this estimate was much higher than expected when the milestones were broken down into stories. He asked me how I would coach the team as a scrum master to provide estimates that were “more consistent”.

Wow, where do I start with this disaster? As I am writing this, I realize I probably should have just politely excused myself from the interview since I knew that this was not a good fit. Instead I decided to have some fun with it! I turned my answer into a coaching session for the architect. I’m pretty sure I got him to realize that his interpretation of the estimate and the teams’ understanding was different, and to explore that option further. I don’t think that he consciously realized that he was equating story points to hours, and was shocked the hour estimates increased as more was known. However, some simple lessons can be learned from this experience.

This is the agreement or agreements, usually in the form of a sentence, between the product owner and the development team of what will be delivered for the sprint.

Also, it’s dangerous to fund projects and measure results. It’s more desirable to fund products or efforts and measure outcomes. After all, we are not making assumptions on what to deliver, we are partnering with people to make them awesome!